Apple's gadget launch events can be regarded as "Oscars" for technology releases; and why not? After all the company truly comes with jaw-dropping gadgets, fitted with some never-before features and functionalities. After all the guessing games that took the industry in storm, Apple finally unveiled two phones - the iPhone6 and the iPhone6 Plus, the largest, thinnest version of its phones ever released.

The smartphone giant has actually equipped these devices with abilities that are leaving everyone spell bound. With an A8 processor and the new M8 co-processor, the device promises to rendered 25% faster and 50% energy efficient performance. Apple said they have increased the performance by integrating "graphic rendition" feature. With a high-definition retina HD display, the iPhone6 and iPhone6 Plus will be 4.7 inches and 5.5 inches respectively.

The endless feature list also include an “8 megapixel iSight camera” that can capture up to 43 megapixels of a photo; which also come with "Phase Detection" feature, allowing faster photo processing, an auto-focus feature similar to the SLR cameras use. 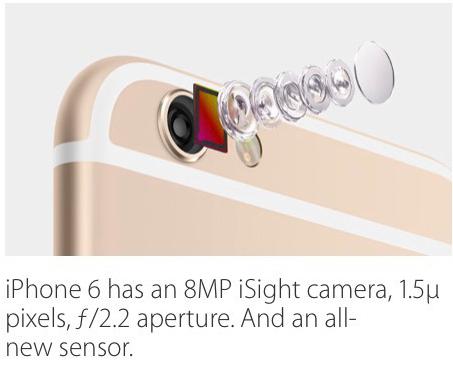 Gold, silver and space gray are the colors users can grab the devices in, is coming fitted with Voice Over Long Term Evolution (LTE) support, allowing  simultaneous voice/data over LTE networks. Apple resisted Near Field Communication (NFC) for long, but iPhone6 and iPhone6 Plus are actually adding this short-range communication protocol. Both the handsets are having NFC built-in for mobile payments, meaning the devices will support one-touch payments from the device though a new feature named “Apple Pay”.

The event goers also witnessed the launch of "Apple Watch", the first wearable gadget coming from the company. The smartwatch can be paired with the new iPhones to see display notifications, access health & fitness apps. There is also a crown that controls zoom and scrolling with a twist. 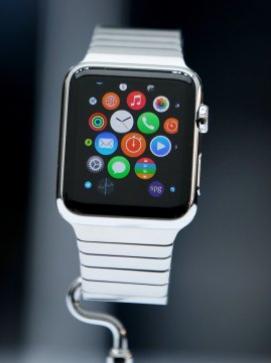 With devices and features like such, it won't be wrong to comment that we have arrived to "Future"!